January already? And 2016? Wow. 2015 was a whirlwind (the older I get the more this seems to be the case every year), in so many ways, with lots of new tomato breeding progress. I found a partner online who has turned into a fantastic collaborator and he has even forged some new territory based off my original plants, which I’m thrilled with. More on that later.

When I lasted posted on the micro-multiflora project I had F2 plants of one of my crosses. One was a dwarf and one was micro-dwarf. The micro-dwarf went to my collaborator, Dan, and I pursued the dwarf sibling in the spring-summer 2015 garden.

I planted 15 F3 plants. The plants are really beautiful and compact, perfect for large pots! No pruning or elaborate staking needed.  This meets one of my aims: A low maintenance plant.

The line is still giving me dwarf and micro plants which is expected in this early generation. A few are pictured below. 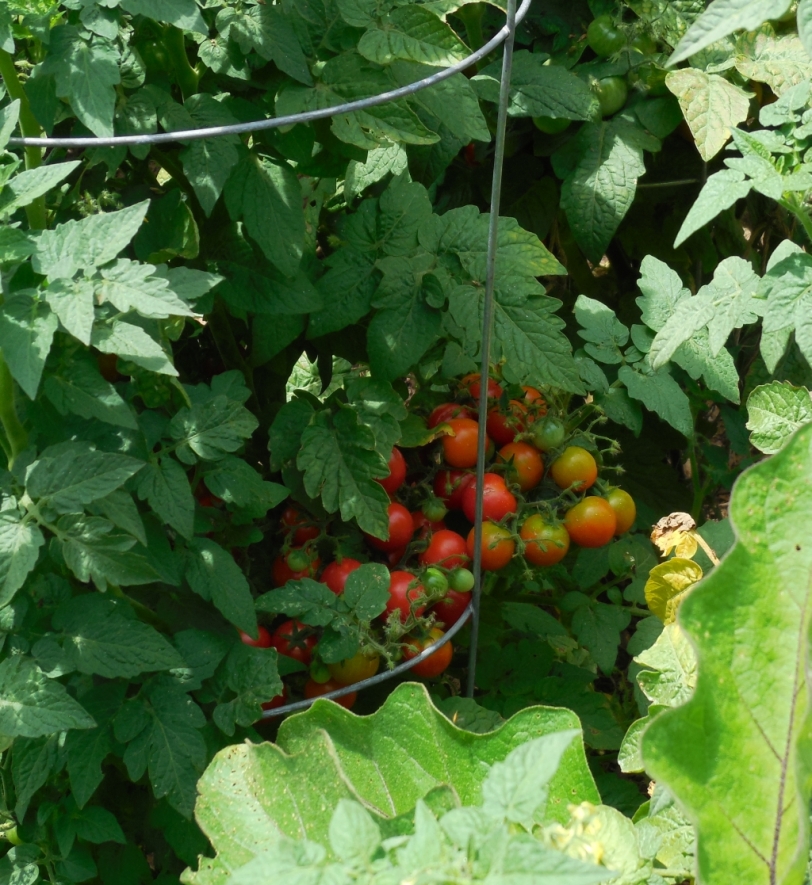 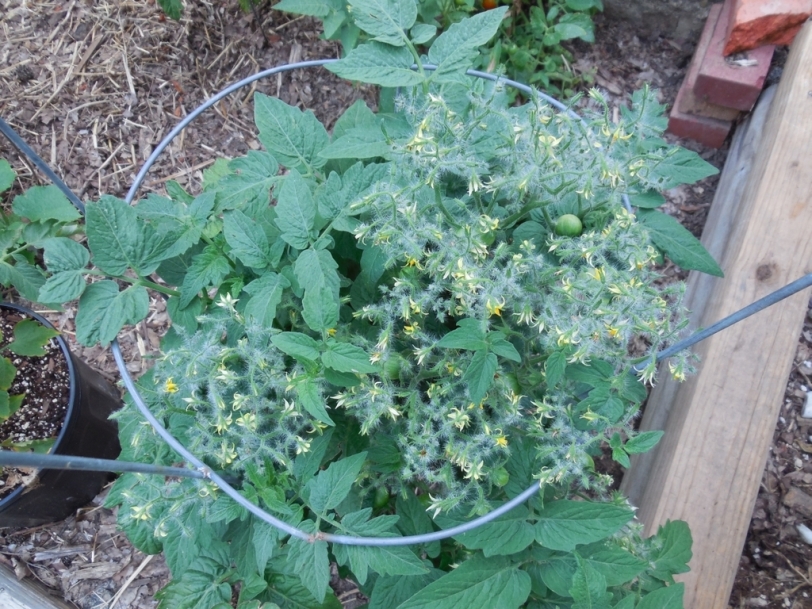 The fruit flavor quality (the only reason to breed tomatoes!) was variable though. There could be a couple of reasons for this. We had a very wet spell during the first flush of ripening fruit. Excess rain makes nice juicy fruit but can wash out the flavor. Another possibility is that the genetics for good flavor is just not there or not yet sorted out quite right in the early generation. That being said, the flavor did improve as the season wore on. Unfortunately, it got incredibly hot early in the season which puts a damper on fruit set. I did pick one dwarf plant with the most potential based on our taste test ranking to pursue in 2016. If the flavor is not there in the F4 I will abandon this cross. I have plenty of others to pursue!

Plant #3 was chosen to continue with in 2016.  Decent sweet flavor with pretty fruit on a 4 1/2 foot tall plant that yielded a couple hundred fruit by the end of the season.